It took me a long time to get into Mos Def mostly due to my incompetence to listen to “good” music growing up. However, I’ve recently gotten into Mos Def and I enjoy quite a lot of songs by him today. “Do It Now” is without a doubt one of those songs I enjoy. I personally have a soft spot for rap songs that include duos who tend to rap back and forth. Artists like Kanye West and Big Sean is perhaps my favorite duo to do this, however, Mos Def and Busta Rhymes destroy it on the track. The sharing of the chorus is something I will always smile at when this song plays due to the perfect chemistry of these two rap legends.

This weekend saw my feelings being exposed as “Blue Dream” was on repeat this week. This band was introduced to me by a few close friends and since then I’ve slowly become a fan of their work. “Blue Dream” is perhaps my all-time favorite Dance Gavin Dance song as it features vocalist Jonny Craig pushing himself to his limits vocal wise. While “Blue Dream” might be about a girl with blue eyes, it means a lot more to me. “Blue Dream” is a love ballad that I will always feel connected to. I cannot wait to see what Dance Gavin Dance has to offer next month with their new album Artificial Selection.

I Was Never There – The Weeknd

My Dear Melancholy, is an EP that I believe was greatly overlooked compared to The Weeknd’s other releases. Nonetheless, this EP delivers on its name “Melancholy” with the song “I Was Never There”. This song could perhaps be one of my favorite songs this year especially with the production credit by Gesaffelstein. “I Was Never There” really captures the sound and image that The Weeknd first debuted with his notorious Trilogy albums. With sadness in his heart and depression in his head, The Weeknd perfectly details those feelings on this song and it shows. While the breaking up of him and Selena Gomez is undoubtedly the sole motivation of this sound, it could be considered a crucial moment in his life and subsequently his career which ultimately depends on his life experience. I hope to see The Weeknd happy again this year and come out with at least one more release before the year is over. 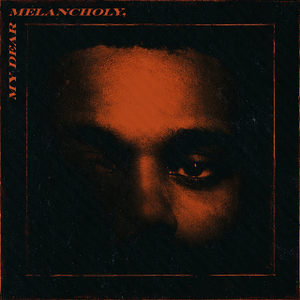 With Saturation 2 being one of my favorite albums of last year, Saturation 3 had high standards to beat in order to impress me. Unfortunately, after first hearing Saturation 3 when it was released I found it to still be inferior to Saturation 2. I decided to listen to it again this week and multiple occasions and found it to be more enjoyable than I first thought. Songs like “Alaska”, “Zipper”, and “Stupid” have really grown on me. Although I still find Saturation 2 to be their best album. With the recent removal of my favorite member, Ameer Vann I am curious to see how the group can continue after taking such a critical hit. 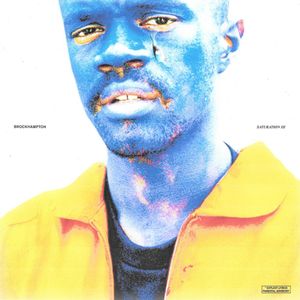 I have a love/hate relationship with A$AP Rocky’s music ever since he first debuted with LONG.LIVE.A$AP which I only really liked two songs from the album. However, two years later he would go on to release one of my favorite albums of all time with AT.LONG.LAST.A$AP. Nonetheless, I thoroughly enjoy A$AP Rocky, A$AP Mob, AT.LONG.LAST.A$AP, and Testing. Testing is a very outlandish sounding album coming from someone like A$AP Rocky, except it somehow still works well as an A$AP Rocky album. The sampling he uses to craft most of the album makes it feel like a classic A$AP Rocky album. I plan to listen to this album more in order to get a better feel for it and might even revisit it after enough time has passed so that I may further evaluate and compare this album to his other work. Until then, A$AP Mob as a whole has yet to let me down and hope to see them do more collaborative and solo projects this year.

With King Push being renamed to Daytona, I’ve come to wonder what the album used to sound like back when it was King Push. Regardless, Pusha T delivers a solid album in 2018 and I am thoroughly impressed by this release. Being one of my most anticipated albums of 2018, it certainly didn’t disappoint by any means. With production by Kanye West and even a Kanye West feature, it’s good to see Kanye is still putting out quality work amongst all the recent criticism and debates. In 7 songs, Daytona delivers a short but sweet album that I have absolutely no complaints with. The lyrics, beats, and theme are all on point for a Pusha T album and I am glad this album was on par if not better than his last album which was King Push – Darkest Before Dawn: The Prelude.

This week I felt like some electronic “feel-good” music was needed and with the recent passing of Avicii, I decided to revisit some of his work. “The Nights” is very much so a “feel-good” song that shares an undertone of wisdom and experience. Taking into account the producer’s passing, songs like these seem to take on a dual meaning which in turn can give these songs a new purpose and story to tell. The passing of Avicii has only made his music more effective at invoking emotion through song and it is fully exemplified on “The Nights” where a father gives his son advice about remembering the good nights in life that we often would otherwise forget. Avicii was an amazing artist and his music continues to inspire fans like myself and many millions of others. 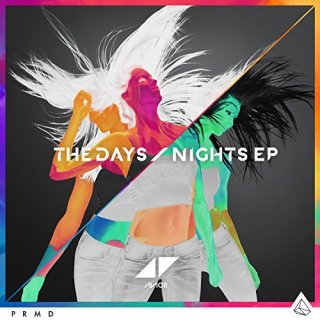 Call on Me – Eric Prydz

Continuing this theme of electronic music for the week I decided to revisit Eric Prydz who many years ago produced some of my favorite electronic tunes. “Call on Me” is a very simple song that is filled with simple happiness. Coming out in 2004, this song samples the song “Valerie” by Steve Winwood in order to create the elementary yet enjoyable chorus. With a questionable music video and a great song, Eric Prydz really struck gold when he created “Call on Me” and it wouldn’t surprise me if his work was the foundation for this newer era of electronic producers.

“Halloween” by Kodak Black is a song that I listen to on a daily basis and have on every Spotify playlist I’ve made. Is Kodak Black my favorite rapper of all time? No. However, he does know how to create dynamic songs that can be interpreted is great pieces of music due to his wild imagination and creative use of descriptions. Songs such as “No Flockin” and “Roll In Peace” further support my argument, however, “Halloween” is perhaps the best Kodak Black song to display this skill. Kodak Black is gritty and honest which in turn allows him to paint pictures with his words, this, therefore, allows for some truly great songs to come out every once in a while. I recommend “Halloween” to enjoy who enjoys a laid back rap song with an outstanding beat that will surely allow you to close your eyes and imagine what Kodak Black is going through on this song.