This is the second part of a multi-part release exclusively on this page. (link to the first part here)  My friend Dan Glennon (@ZiggyStarscream) on Twitter and Instagram has been working tirelessly for many weeks to write these entries for my readers. I hope you all enjoy, and I present to you Saint Kendrick: The Cinematic Nature of Kendrick Lamar Part II. If you like and enjoy the content that I have to offer please consider liking, following, and/or commenting on my posts. It really means a lot. Thanks for your continued support!

Each of Kendrick Lamar’s albums adds to his overarching narrative of his life and how he lives in it. There is progress in each album as Kendrick grows into his role as the voice of hip-hop but also as an icon of a culture. To truly understand how his works’ impact and originality, the storyline must be placed in less subtle and symbolic way to be fully understood. Kendrick does not make this storyline explicit or easy to understand. Through wit and wordplay is his mastery of the craft, as well as an understanding of the context of the world, is he able to develop his world.

Section 80 introduced Kendrick Lamar to the hip-hop world and helped to place him on the radar of popular culture long before being in the center of it. His foresight into his trajectory in his storytelling, intentional or not, is astounding. This album is where Kendrick introduces himself and a taste of the world around him. Keisha is the first character outside of himself that Kendrick introduces into his world. A young girl who moves on to prostitution at a very young age. As her story progresses she finds herself involved with a variety of clients, run-ins with police as well as one client that would take her life. Keisha was murdered and left to die on the street. Kendrick wrote this song to tell her story to his little sister. Kendrick does not come from a good place in the world but he acknowledges that he is capable of improving it. The theming of the narrative is formed in its infancy; the Good Kid in the mAAd city that becomes something greater than himself and his struggles with understanding his place in the world. As a human being, the same as you and I, he could have been a victim or a savior of the place he came from and the people he stands for. He understands that he is a rarity to break from his early living environment. Kendrick knows that for some reason be it religious, coincidence or just dumb luck that he has been given this opportunity to speak but also with the fame and fortune that goes along with it. He could have developed into another “what happened?” in the allure of the dark side of fame and the wickedness of the world. The road to Hell is paved with good intentions after all. Or could his follies merely be moments of weakness that he can learn from and continue upward with more experience than before.

Now the full story can actually be told.

The Good Kid in the mAAd city: Setting the Stage

The second album’s full title is ‘Good Kid mAAd city: A short film by Kendrick Lamar.’ There are many people who would be great at reading into the deep intricacies of every plotline and seeing all the cryptic messages unfold. Often times the voyeur of these symbols and messages will heap unwarranted, over-blown, under-supported or even just seeing much more than is there. A good example of an artist playing with this idea is the famous painting by René Magritte, The Treachery of Images. Magritte pained what appears to be a pipe with the caption painted below, “Ceci n’est pas une pipe.”, French for “This is not a pipe.” The paradox of the image to the words painted below create a strange combative nature between the image and the words as they still share the same space on the canvas. The open-air interpretation of a vague contradiction could start in one part of discussion and end in an entirely separate place. This painting is a perfect example of an artist hiding a message and allowing for human curiosity and imagination to pull meaning from it themselves. Presenting a narrative in a piece of art is often done in a subtle, nuanced way. 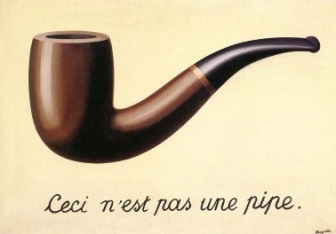 Good Kid is not one of those times.

Kendrick states from the beginning that at the beginning that this album is to be listened to as if it was a film. The bars were to be seen as the script and you listen for the scenes. The brilliance of that is for this transformative technique of the media demands that his wordplay is at a high enough level to make a vivid picture of what was going on in each scene. Tied together by skits in between to lead to the next scene, the audience’s mind is placed into a different realm if reception; that of a film as opposed to that of a piece of music. To understand what the album is talking about in each song, the context must be established. This requires the audience to be an active listener and most importantly, listen to the context of the album itself. Essentially, sit back and listen to the movie. As his first major debut album, Kendrick established a precedent for his future works being conceptual and requiring an active listening experience. With a huge commercial success with this idea in mind of active listening and an album as a whole, Kendrick’s future works coming from the same conceptual, holistic approach would be readily accepted and the audience would be prepared to take in as more than just a few tracks tied out over wax. This is the very foundation of the cinematic nature of Kendrick Lamar; we are brought in through a movie and each continuation is seen as such.

The narrative of the album is that of a day in the life of Kendrick’s character inside of Kendrick’s world. Through the slice of life story that Kendrick shares, he shapes a vivid image of what it was like to grow up in Compton and how it shaped Kendrick’s view of the world and how it blended into Kendrick’s world that he was building and opening to us. It is important to understand that the ‘Kendrick Lamar’ in the album’s storyline is not actually Kendrick Lamar. The story takes place as an amalgam of Kendrick’s experiences growing up in Compton. Compton’s lifestyle is long chronicled in hip-hop. By taking a collection of life events he experienced growing up in that environment, he developed a chain of events that stemmed from Kendrick’s decisions navigating through the world. He created a plot.

The actual plot of the album is one that is actually not a ground-breaking concept. Movies like Boyz in the Hood and Straight Outta Compton have given us a window into the lifestyle. By giving us a window the mind now has images to associate with a storyline of similar ilk. The idea of “a day in the life” wasn’t even new to hip-hop; Ice Cube did that already. What differentiates Good Kid? Kendrick presents himself as the total antithesis someone buying into gangster aesthetics and appeal. Kendrick never wanted to be like them but he grew up around it and his authenticity shows. The album takes a new spin on several old concepts which simultaneously gives credence to those who came before Kendrick while in turn, the established artists welcome him.

As for the content of this piece, there are only small segments of this album that actually are continued and weave the real story that Kendrick tells through his future pieces. First, the album starts off with young men praying for forgiveness and promising to follow in Jesus Christ’s footsteps. The religious overtones are immediately established. The very first lines from his first major album release are his prayers to God, asking for forgiveness. Christianity and the story of Christ and these religious references are the glue that binds Kendrick’s narrative. While this album merely brushes the idea into the story of the good kid, the ideology is now established.