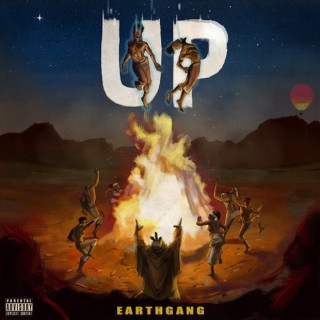 While Earthgang has been around for almost ten years now, they finally released their major-label debut studio album Mirrorland. The duo consists of Olu and WowGr8 and is reminiscent of the duo Outkast. Both of the Atlanta duos provide a taste of freedom, wildness, and self-expression while their lyrics represent the trials and tribulations of the American lifestyle. While the two can be endlessly compared, it is essential that Earthgang gets the recognition that they deserve as they have continuously been a welcomed and revitalizing sound to the oversaturated genre.

With Mirrorland comes a slew of new hits for fans to enjoy but as usual there is always one song that stands out above the rest. “Up” is perhaps one of the most refreshing tracks that this year has to offer. The song was previewed in 2018 during a COLORS video, however, one of Earthgang’s best abilities is making songs endlessly enjoyable no matter how many times one plays the song. With Olu and WowGr8 putting their all into the track with slick lyrics and impeccable singing it is easy to see why “Up” deserves all of the praise it has gotten since it’s release last year. The song is a rejuvenating hit that surely will be one of the best songs of 2019, but, with that said it is pertinent that Earthgang continues to give their all on each release as they obviously have the potential to do great things like they did with “Up.” Until their next release, expect Mirrorland to be a talking point for the duo until they eventually outdo themselves in the future with more hits.